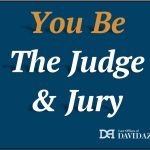 A big tanker truck, a small white sedan, and a dangerous collision with injuries and property damages on a very light night of freeway traffic.

The Big Questions We Need Answered From You

Gather The Facts: Watch The Animation Video of the Collision

Jump To Case Details By Clicking Any Below 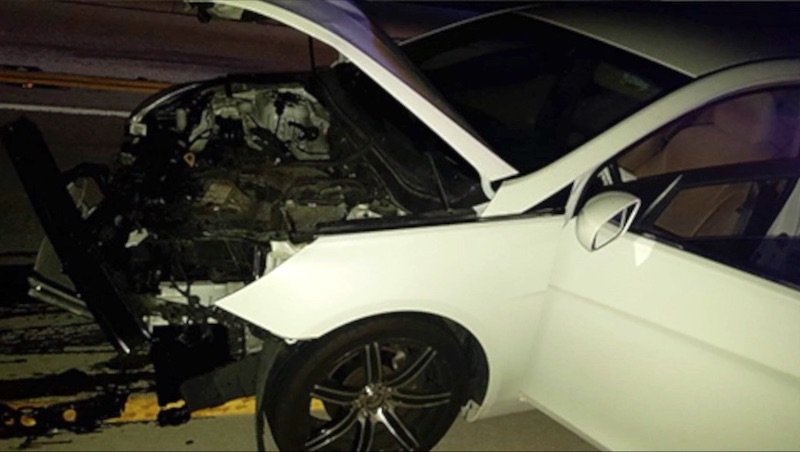 Actual damage to white sedan after collision with truck

The Basics of the Case

A white Hyundai Sonata sedan and a grey tractor-trailer tanker truck were involved in a nighttime collision traveling northbound on California SR-14, just south of the Sand Canyon Road exit in Santa Clarita, CA – Los Angeles County. Serious injuries and property damage occurred for both drivers. The truck driver’s claim has been resolved. But this case now deals with the Sedan Driver who has filed an injury claim and lawsuit.

Should the Sedan Driver be compensated for damages that resulted from the collision? That’s for YOU to decide!

Full Details of the Case 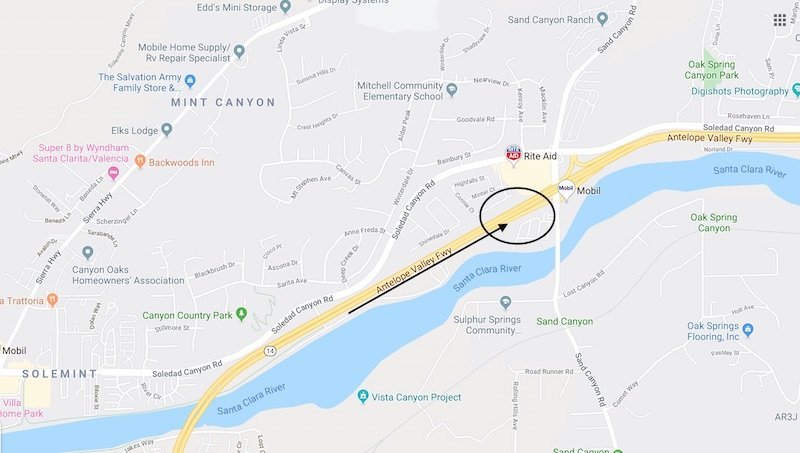 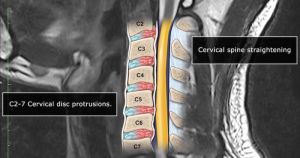 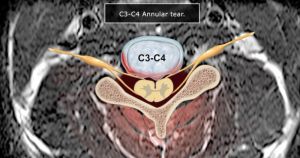 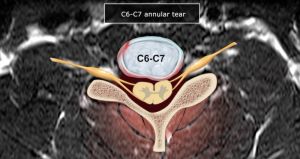 Police Report – Description of the Collision

Here are the original statements as written down by the police officer at the collision scene:

P/1 was driving Vehicle #1 (V-1,Hyundai) on SR-14 northbound, just south of Sand Canyon Road in the #3 lane at approximately 65 mph. P-1 related he just passed the construction zone and he wanted to change into the #2 lane. P-1 looked to his left to see if it was clear. When P-1 looked ahead, he observed a tractor’s trailer in front of his location. P-1 was not sure if the tractor-trailer was in the #4 lane or the #3 lane when he collided into the back of the trailer. After the impact, P-1 pulled into the center median.

P-2 was driving Vehicle #2 (V-2, Mack) on SR-14 northbound south of Sand Canyon Road in the #4 lane at 55 mph. P-2 related he felt an impact from the rear and pulled into the right shoulder, P-2 related he did not change lane.

Below are the sworn deposition testimonies that were provided during the litigation phase of this case.

P-1 states he was driving at night at approximately 10:30pm, heading N/B on SR-14 in lane #3 and that traffic was very light. States he had headlights on at the time and traveling at a speed consistent with the flow of traffic. P-1 states he wanted to move from lane #3 to lane #2 (to the left), checked driver-side mirrors, then looks over shoulder to see if any vehicles are in blind spot, and when he looks back, notices a large tractor-trailer cutting into his lane, lane #3, without signaling, causing the collision. States that the truck cut him off and collided into his vehicle.

P-2 states he was driving straight and intended to continue driving on the freeway without exiting. States he made no lane changes, and felt tractor moved to the left. States he corrected the path of truck once it moved back to the right. States that the sedan rear-ended his vehicle, going underneath the left side of the trailer. States only after collision did he see the sedan as it was carried away on a tow truck.

W-1 stated he was with girlfriend (passenger asleep) and they were driving to her father’s home at approximately 10pm, heading N/B on SR-14 in lane #1 (carpool lane) and that traffic was very light and roads were dry. W-1 states that upon coming over hill, sees truck and sedan from 200-300 feet away, and witness is traveling approx 70 mph and gaining on two vehicles (sedan /tractor-trailer) involved in collision. W1 states that P1 (white sedan) has blinker on, signaling to move into lane #4 (to the right).

W-1 states P2 truck in lane #4 did not have blinker on. W-1 states vehicles traveling in lane #4 require a lane change to remain on freeway because lane funnels into exit. Truck driver was compelled to change into lane #3 to remain on freeway. States truck began to move into lane #3 without signal. States it appears that both vehicles were intending to make a simultaneous lane change. But when actual collision occurred, the sedan was still entirely in lane #3 and tractor moved into lane #3 running over the front of sedan, causing the engine to fall out of sedan and oil spilling over freeway.

Make Your Ruling Below – You Be The Judge & Jury!

Once you’ve considered the evidence and arguments, it’s time to make a decision on this case. Step in to become the judge and jury and bring justice to where justice is due.

Consider the evidence and decide on all of our featured cases by visiting our You Be the Judge and Jury page!

Jump Back to Top of Page 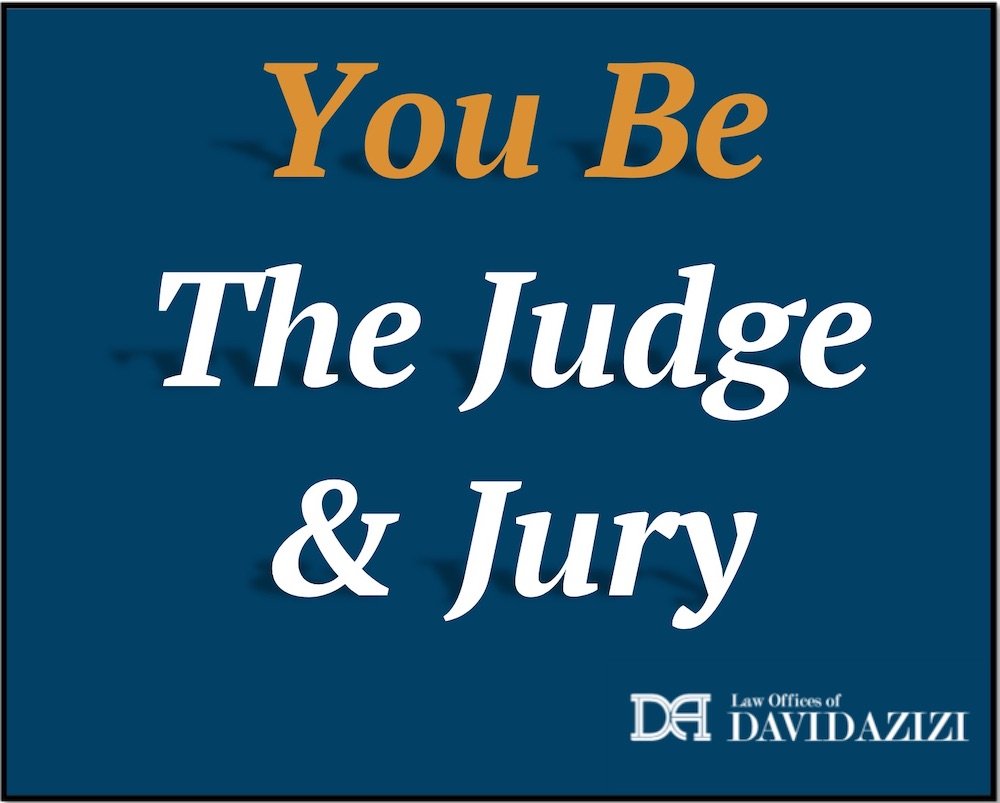