Unsecured loads are a danger on the roadways and create a potential hazard to other motorists. Many motorists have faced driving behind a vehicle with furniture haphazardly piled in the back of a pickup truck or items poorly secured on its roof. Big rigs are particularly frightening when pulling a flatbed trailer loaded with logs or steel girders that are poorly secured. 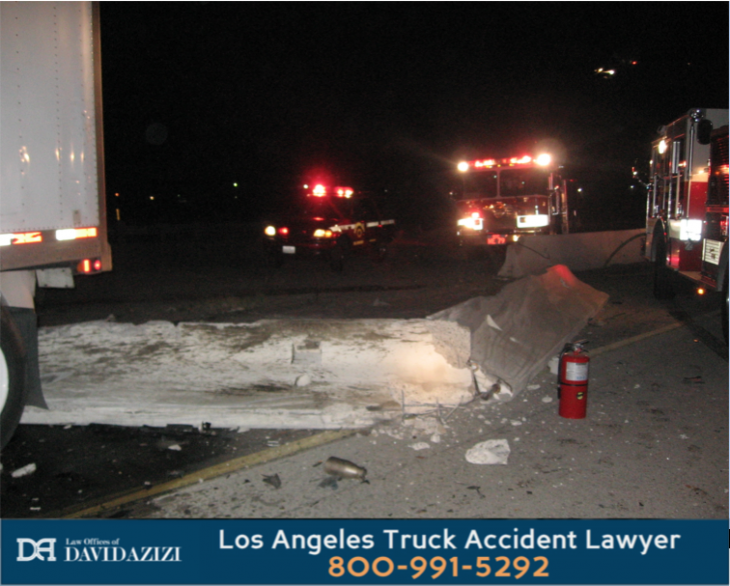 According to a comprehensive study on motor vehicle collisions caused by road debris or objects that fell from another vehicle, the numbers are surprisingly high. Following, we will explore the incidence of unsecured loads that have led to accidents, how they occur and help in recovering compensation following an injury or fatality caused by this type of negligence.

Los Angeles 18-wheeler accident lawyer David Azizi has won the respect of his clients through his dogged determination to protect their rights and obtain the compensation they deserve after an accident. After an accident occurs, David uses investigative techniques to determine why the accident happened. He also checks police reports for inaccuracy, talks to witnesses and obtains CCTV footage of the accident. He then uses this data to explain why the accident happened and who was at fault.

After establishing negligence, David uses his legal expertise to structure a strong case against the defendant. David is equally at home at the insurance negotiation table and in the courtroom. He does what needs to be done to allow his clients to recover the damages they lost. Call (800) 991-5292 to schedule a free case review. David will provide an estimate of what your case is worth and give you your options going forward.

Between 2011 and 2014, compiled data from three different studies showed that police around the nation logged more than 200,000 crashes involving unsecured loads. Thousands of people were reported as injured in these accidents as well as 500 fatalities. Interstate highways were more than four times as likely to be the location where these types of accidents occurred, which included both passenger vehicles and big rigs. There were three main reasons these accidents occurred in the studies as follows:

Assembly Bill 1945, Chapter 145, which was signed by the governor on July 18, 2018, went into effect in 2019 and regards testing of motorists’ knowledge concerning unsecured loads. This is so the applicant for a driver’s license has the knowledge to safely transport materials that might come dislodged and endanger other drivers and includes buckets, ladders and other materials. The transport of such items in an unsecured fashion is a traffic violation.

Big rigs are a particular danger to other motorists if their loads are improperly secured. If an accident is caused by an unsecured load, the injured person may have recourse to hold not only the driver liable but the company that employs that driver. The safe transport of cargo includes inspection of the cargo being hauled, the weight and balance of that cargo to avoid an imbalance that could result in a rollover, securing the cargo and items that require special attention.

Improperly loaded or secured cargo can endanger not just the driver but other motorists on the road. Cargo that falls off the big rig can end up injuring or killing others as well as the driver. The truck can also be damaged or affect the steering, causing the driver to lose control. Hazardous materials carried by a trucker require special attention since a spill could be both dangerous and costly to clean up.

Drivers who transport hazardous materials have to pass a special test in order to do so. Truck drivers have to obey the following regulations. Failure to do so can make them and the company that employs them liable when it results in accident injuries:

The legal ranking firm Super Lawyers calls David one of the top personal injury lawyers in Los Angeles year after year. David uses a mix of compassion, legal expertise and a passion to protect his client’s rights. By doing this, he wins 98 percent of his cases. Call him today at (800) 991-5292 to begin.