Blind spots are areas around your car or truck where drivers are unable to observe other vehicles. It varies depending on the vehicle. Large trucks have specific blind spots that are called no-zones. Blind spots are not limited to passenger vehicles and trucks but can also present a problem for airplane pilots and skippers of sailboats. By contrast, motorcycles and bicycles do not have this problem. Blind spots also are associated with many accidents. Let’s take a look at blind spots in cars and trucks, and explore ways to help alleviate a problem that most of us face every day. 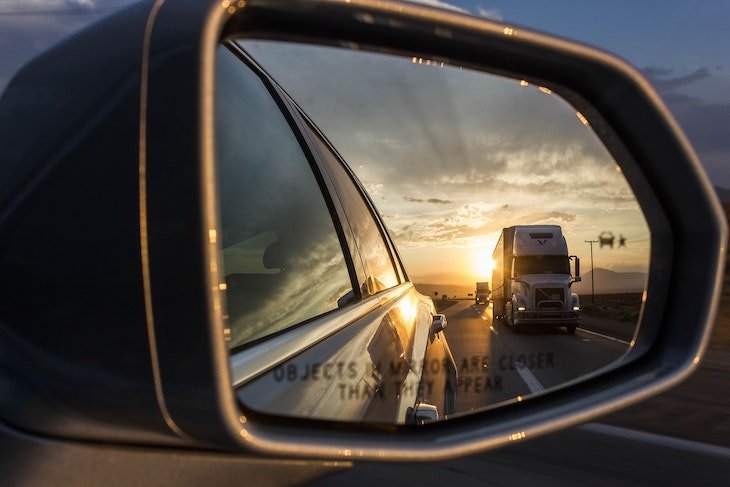 David Azizi is acutely aware of the difficulties presented by blind spots. He fights for his clients’ rights when they are hurt in an accident due to negligence and wins 98 percent of the time. Call (800) 991-5292 to schedule a free, no-obligation case review, and hear David’s thoughts about your accident, your path going forward and an estimate of what your case is work. As an attorney who works on a contingency basis, there are no fees for David’s involvement until your case is won.

A truck’s blind spots are much bigger than that of a passenger vehicle. The areas to the front and rear are large. This means if you are directly behind a truck, the driver more than likely will be unable to see your vehicle. The large rear no-zone may lure the trucker into believing that there is no vehicle behind them. If the truck brakes, a vehicle following too closely will probably slide under the truck. This usually results in a fatality as the top of the passenger vehicle would be sheared off.

On other occasions, the trucker needs to swing wide to make a right-hand turn. If a passenger vehicle positions itself between the truck and the curb on the right, the trucker will not see the vehicle, and a crash will ensue.

The area immediately in front of the truck and for a few car lengths beyond that is a no-zone. A driver who is passing a truck should not return to their lane until the entire front of the truck is seen with the car’s rearview mirror. If you return to your original lane sooner, the truck will be unable to stop and hit the rear of the car with disastrous consequences. Also, if the passenger vehicle driver pulls back into the lane too soon, the trucker will not even know it is there.

Facts About Truck and Car Crashes

Here are some noteworthy facts about such accidents:

Driver visibility is the ability of the driver to see objects around their vehicle. The design of the vehicle is a significant factor in driver visibility. The dashboard, windshield and pillars all affect driver visibility. Blind spots can exist in front of the driver due to the windshield pillar. The side mirrors and the rearview mirrors are also partially to blame for a decreased field of vision. The seat headrests can be another problem in reducing visibility. The door pillars and the size of the rear windshield are also factors. Many car makers are attempting to design vehicles with better views of the road. However, until all vehicles have excellent visibility, drivers need to take this into account when sharing the road.

Passenger vehicle blind spots are those to the rear of the car that cannot be visualized by looking through the rearview or side mirrors. The most problematic are those in the rear quarter. Looking at the illustration above, it is clear the blue car driver can see the car to the rear on the passenger side by using their rearview mirror. However, the vehicle to the right is not visible unless the driver turns to look behind him. There are ways to accommodate rear blind spots:

Example of What Happens Due to a Car’s Blind Spot

A driver in the number two lane tries to move into the number three lane because the lead car is moving too slowly, and they wish to pass. The driver turns on their blinkers, checks the rear with their side mirror and turns around to check the slow lane. No vehicle appears to be present in either lane, and the driver begins to change lanes when they are hit by another car on their left-hand side. The drivers of both vehicles were not impaired. It would be reasonable to think that the vehicle that was in the left lane was in the driver’s blind spot. While that is true, some steps can be taken to avoid this outcome: 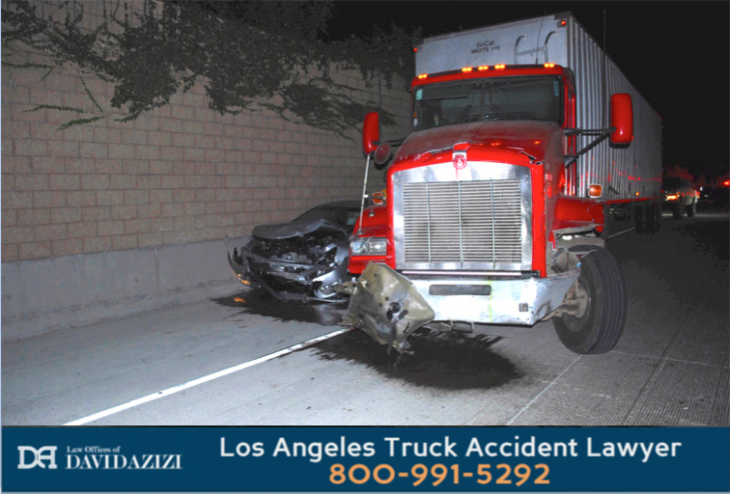 David Azizi is called one of the top attorneys in Los Angeles every year by the legal ranking firm of Super Lawyers. The honor is well deserved as David works hard to obtain the compensation his clients deserve. If you have been injured, call the firm at (800) 991-5292 to set up a free case review. Learn about your case and what you might recover. Don’t try to go it alone. It has been shown that plaintiffs who have a lawyer do five times better than those who do not. If you would rather contact David online, use his contact us page.