Home > Law Help > Can a Person in a Coma Recover Money for Personal Injuries? 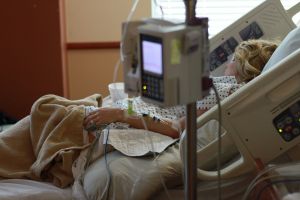 In personal injury cases, an injured individual is able to file a lawsuit against the negligent party who caused their injury. Proving negligence means that in part the plaintiff must prove that the defendant’s actions resulted in financial loss for the injured party. Prior to the amount of monetary loss the victim endured, is the need to prove injury. This means loss in terms of personal perception of pain as well as the actual injury. So, what happens when the person is rendered comatose due to the injury? This was the focus of a 1982 case in West Virginia, setting precedent for this type of case.

This question is answered in part by a case (Flannery v. The United States) heard in 1982 by an appellate court in West Virginia. The court was reviewing a case from 1980. The case revolved around a 22-year-old man who was injured and rendered semi-comatose in 1974. After it was determined that he could be cared for at home with the proper supervision, his parents elected to care for him as long as they could. His life span was calculated to be 30 years from 1978 with adequate care and was projected to be shorter than an average person due to problems he would likely encounter due to his physical state.

The case was heard in a West Virginia district court before the Honorable Charles Haden II. The court awarded the petitioner total damages of $2,201,013.80 with $48,174.80 for expenses encountered before the trial, $316,984.00 for future nursing expenses, $535,855.00 for loss of earning and  $1,300,000.00 for loss of life enjoyment. The appellate court agreed that the man did not have to pay federal income tax on the money he received for lost wages and earning capacity.

Conscious Pain in a Comatose Person

Consideration was given as to whether a comatose person can feel pain. A  neurologist cleared this up, saying that while reduced, a comatose patient seems to be aware of painful stimuli.

If someone in your family become partially or fully comatose due to an accident, call David for help at 800-991-5292. He is available 24/7 for a free phone consult. He can come to the hospital or your home if necessary. There is no obligation, and David will be able to answer your questions. Since all personal injury cases are on a contingency basis, there is never a fee until your case is won.