Driving and texting has been outlawed in almost all states, including California. But what about walking and texting? In some states, that may soon be a reality. The reason is the same as that behind texting and driving laws – people are distracted, and when that happens, accidents follow. In New Jersey, for example, you could soon be fined $50 and spend up to 15 days in jail for walking and looking at your cellphone if a law banning the activity is approved. New York is looking into curtailing texting pedestrian car accidents. 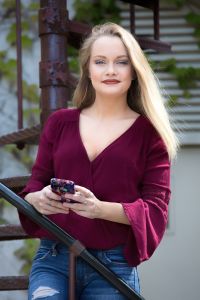 Why All the Fuss?

The number of pedestrians injured while looking at their cellphones has drastically increased, according to a study by Ohio State University. In addition, emergency rooms are reporting an almost doubled case load for such accidents.

Distraction, simply put, is engaging in one activity while doing something else. The source of the distraction varies from daydreaming, eating and applying makeup to talking or texting on a cellphone. You might ask why it matters so much since we arguably are urged to multitask by everyone from our employers to our family waiting for their meal.

Has the Number of Distracted Pedestrians Increased?

The Journal of Accident Analysis and Prevention looked at data from 100 hospitals over the period 2004 to 2010 and found a substantial number of injuries most frequently found in those in the 21 to 25 age group. The report included a minor who fell a distance of eight feet off of a bridge onto rocks, suffering shoulder and chest injuries. Another man was hit by an automobile as he walked down a road’s center line talking on his phone. Some researchers believe that the actual number of distracted pedestrian injuries is higher than the number officially reported. The study ended in 2010. With the astonishing increase in cellphone availability and use, some estimate that today that number may have more than quadrupled.

Does This Mitigate a Driver’s Responsibility?

Yes, and no. A driver is expected to be vigilant for pedestrians, and since a motor vehicle can cause serious injury to pedestrians, many courts put the onus on the driver. However, California has a pure comparative negligence standard. This means that a plaintiff is able to recover the damages for which he or she is not at fault for. Under this standard, a pedestrian involved in a motor vehicle accident while walking and texting or looking at a cellphone may be considered partly at fault. An example would be if the pedestrian was oblivious to a “no-walk” signal.

If you are involved in a pedestrian accident in California, call David Azizi. He offers a free case evaluation and is available to help anytime, day or night. He can be reached at 800-991-5292.