Rights of Passengers After a Car Accident 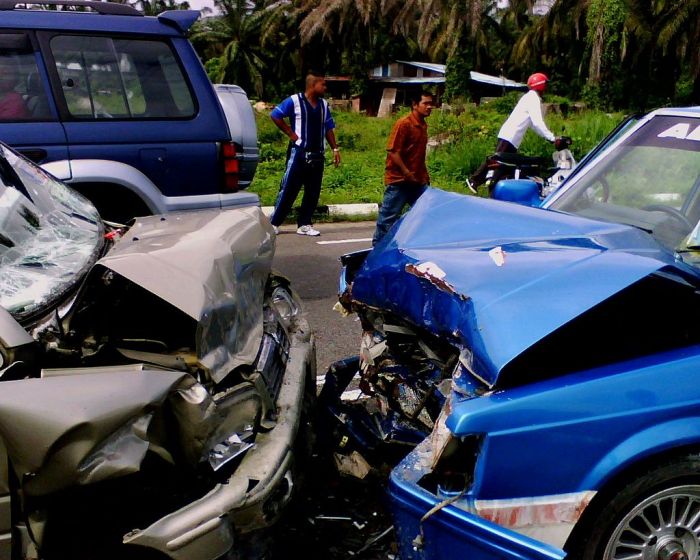 When an auto accident happens, the driver’s injuries are generally the main focus. However, passengers are often injured, and on many occasions, the injuries they suffer are even greater. This is because safety devices are also focused on the driver. Under California law, passengers do not need to prove that they are free from fault. They have the right to sue the driver of the vehicle they are riding in or the driver of the other car, depending on who was at fault. Passengers can even file a lawsuit against both drivers. Let’s take a look at the rights of passengers in auto accidents.

Passengers have few obligations in a motor vehicle. They are not expected to be aware of the conditions of the road, nor are they expected to obey the laws associated with driving. Instead, they have the right of assuming that the driver will exert prudence and drive in such a way to keep his or her passengers safe. Because of this, the passenger is not obligated to watch the road to make sure an accident does not occur. This is the providence of the driver. There are a few obligations the passenger does have that include:

A passenger needs to know who was at fault for an accident. If the accident was the fault of the driver of the vehicle they were riding in, then a claim is filed by the occupant against the driver’s insurance. Since the driver breached their duty of care to the passenger, as well as others on the road by driving recklessly, their insurance or negligent driver, if they are uninsured or underinsured, will be expected to cover the costs. Some passengers feel guilty about claiming someone they know erred, however, it is the insurance company that usually covers it. If insurance is lacking, then your friend or relative has the responsibility of covering the passenger’s losses.

On the other hand, if the other driver was at fault, then his or her insurance is the recipient of the claim. In cases where the other negligent driver has no insurance or the insurance coverage is inadequate, then in many cases, the passenger may use their own uninsured/underinsured coverage to recover their damages.

What Happens When Both Drivers Are at Fault?

The state of California operates under the principle of comparative fault. This means that drivers can share responsibility for an accident. Let’s say that one driver is 40 percent responsible for causing the accident, and the other driver is 60 percent at fault. Then the first driver would be obligated to pay 60 percent of the damages while the other driver would be expected to pay 40 percent of the costs. The passenger has the right to make a claim against both drivers, collecting part of the damages from each one.

Filing a Claim as a Passenger

Filing a claim as a passenger is no different than filing any other claim except for the above-stated reasons. It is important to write down the insurance and contact information from both drivers. Once medical treatment is finished, the driver can file a claim against one or both. The passenger’s lawyer will then negotiate with the negligent driver’s insurance company.

When the Insurance Company Will Not Settle

Let’s look at a situation where two drivers are involved, and one is 40 percent liable and the other is 60 percent at fault. The drivers’ insurers may not be willing to pay the full percentage amount. The passenger’s lawyer will try to negotiate, but it may take some time and effort. This places the passenger in an awkward position. If the case has not yet gone to court, the passenger’s attorney can take the case to civil court.

Multiple Passengers in a Car Accident

Sometimes, multiple passengers are injured in the same vehicle. When this happens, the driver’s insurance covers the costs in a lump sum from which each of the three passengers will be paid. A question arises when the passengers do not agree among themselves as to how much each passenger will receive.

Each passenger wishes to be paid the full amount for their injuries. If the passengers cannot reach an agreement, it is unlikely the insurer will settle with them. In this case, the passengers will need to file a lawsuit against the negligent driver to obtain the damages they deserve. An auto accident attorney will help with the negotiations, and if necessary, take the case to court.

Why You need an Auto Accident Attorney

Since insurance companies often try to lower the amount of a claim, although a passenger has no responsibility in the car accident, it is important to have an attorney who will challenge their arguments. He or she will investigate the crash and determine who is at fault. This can be challenging or simple, depending on the individual case. Negotiation demands skill and experience, and your attorney will use his or her talents to settle the case favorably. However, it is necessary to let the other party know that taking the matter to court is not a problem.