How Long After an Auto Crash To Claim Injury

One of the most common questions people ask of a car accident lawyer in LA is how long they have to file a claim after the collision. Missing a deadline in a car accident case can spell trouble for the plaintiff since you are no longer able to file. While accepting a settlement or taking the case before a jury too soon after the accident happens is unadvisable, it doesn’t mean that you cannot begin the process. 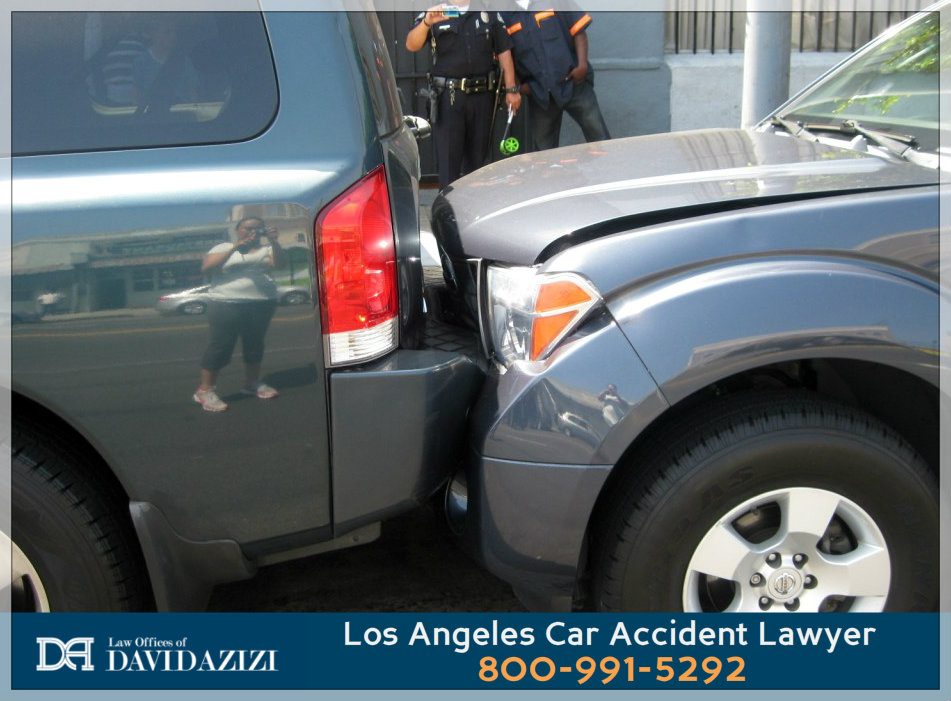 Calling Upon a Car Accident Lawyer to File Your Inury Claim

Information is key after you file a claim. Doing it quickly but without the advice of an experienced legal professional can lead to all sort of problems. Not doing it quickly enough can mean that your case will not be heard if it needs to go to court. Insurance companies usually require that the claim be filed within a specified time. In the aftermath of a car accident, so much is happening that it is easy to miss a deadline.

David Azizi has been a car accident attorney in Los Angeles for 24 years. He understands how easy it is to be caught up in accident repercussions such as being hospitalized so that it is difficult to do what you need to do. That is why so many people have opted to place their case in David’s capable hands. From the moment of the initial, free consultation to the final outcome, David takes over.

He will investigate the accident, with the assistance of accident forensic experts when need be, to determine negligence and see who was at fault. David will file the claim for you with your insurance company and review medical records as well as advising you of your options. Just call him at 800-991-5292 anytime and get the ball rolling.

What Is Meant by Deadline in a Car Accident?

Deadlines refer to the statute of limitations in the state, which defines the amount of time you must file a lawsuit and other types of claims. The limit differs in each type of case. Personal injury claims usually have a two-year limit. If a lawsuit or claim is not filed within the period, the court will refuse to hear the case, and you will be unable to file.

How Long After a Car Accident Can You Claim Injury?

Although technically you have two years (or six months if it is a claim against a government entity) to file, the time before you are treated is another matter. Generally, the sooner you receive treatment after the accident, the better your chances of receiving compensation.

There are several reasons treatment may be delayed:

If Treatment Is Delayed, Will I Be Compensated?

Just because an injured person is not evaluated and treated right after an accident, it does not mean the individual is not injured. Even if treatment is delayed, an experienced car accident lawyer can help. In such cases, a strong claim or lawsuit can still be filed.

Statute of Limitations in California

In personal injury cases, the plaintiff has two years from the time of the accident to file. In some cases, the extent of the injury or the injury itself is not known at the time of the accident. This changes things. In this case, the deadline now becomes one year after the injury was known to the plaintiff. Tolling of the statute of limitations happens in some cases. What this means is that time is suspended. For example, if the plaintiff was remanded to jail, time may stop and be resumed when the person is released. In the case where the plaintiff is a minor, the time will be suspended until the minor is 18 years old. After this, the time countdown will resume.

If the defendant is a government entity, the time limit is different. In such cases, the plaintiff needs to file what is called an administrative claim with the government entity six months after the injury occurs. If this claim is not filed, the case cannot go to court.

What Happens Once the Administrative Claim Is Filed?

Once the administrative claim is filed, the government entity has 45 days to provide you with a response. If the government entity denies the claim, the plaintiff has 6 months to file a lawsuit in court. The six-month period starts on the day the claim denial was mailed or the date when you received the denial in person. In the event that no rejection letter is received, you will have 24 months or two years to file. It is not good to wait until the 23rd month to file since the government’s record keeping may differ from yours.

Can the Time Be Extended?

In a government claim, time can be extended if there is a good reason or if the agency or government department provided information that was in error. For a claim limit to be extended, it is necessary to file a petition.

Not all symptoms are apparent right away when you’re in a motor vehicle crash. Immediately after an accident, adrenaline is released, and you might not feel pain as you would normally. This is the flight or fight hormone. Once the stress level due to the initial emergency is reduced, so is the level of adrenaline. The ability to feel pain is restored to normal.

It is important to follow up after an accident with a medical professional if there is a chance of an injury. The physician can establish a baseline so symptoms that appear later can be evaluated. Some common injuries that have a delayed onset are:

Settling Your Injury Case Too Early

Just as it is necessary to file before the time limit is up, it is also important to delay settlement until treatment is finished. While you can start the process, settling early is sometimes a grave mistake. Insurers and sometimes defendants are anxious to settle right away, to give you less time to discover an unknown symptom. One criterion you must meet before accepting a settlement is a maximal medical improvement.

This is when you have improved as much as you can expect, or you are able to clearly see what your damages are. This will allow you to incorporate such things as needed care in the future and your likelihood of being able to return to work. To get an idea of how car accident damages are calculated, see David’s car accident calculator. 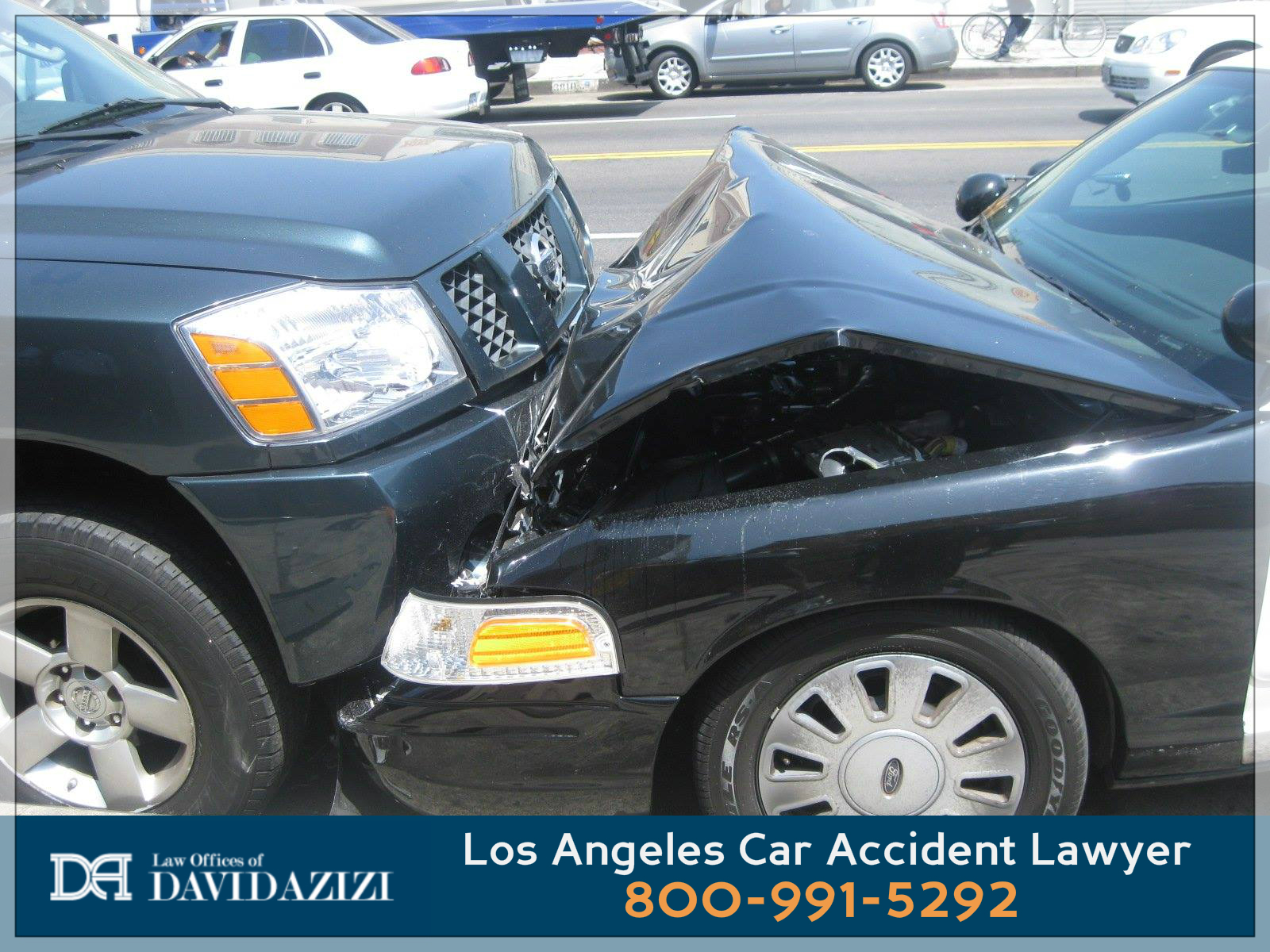 Clients know that David Azizi is there for them from the beginning after an accident happens right through to the end. David makes sure they meet all deadlines and fights to ensure the settlement that is offered is one where all their needs, present and future, are met. If a settlement that reflects what they need to move on with their lives is not forthcoming, David will take the case to court.

With a 98-percent success rate, clients are pleased with the outcome. David cares about his clients’ emotional well-being and makes sure they can contact him at any time by providing his cell phone number. By taking these steps, David cocoons his clients in safety and lets them take the time they need to recover. Call David now at 800-991-5292, and get started putting the horrors of a car accident where they belong – in the past.