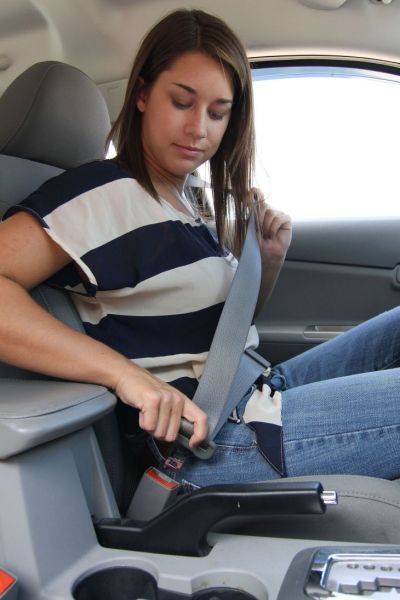 Wearing a seat belt can lower the risk of serious injuries or fatalities in an accident. However, the seat belt itself can cause bruising, also called contusions, that can affect the chest, neck, back or abdomen. This can cause discoloration of the skin, pain and swelling. It may also be a sign that other injuries have been sustained.

Bruising from Seat Belt After a Car Accident

Skin bruising caused by a seat belt after an accident is often associated with significant injuries, according to a study performed by the National Institutes of Health. All physicians are warned to keep a close eye on accident victims to look for internal injuries, mainly when bruising is apparent. In a personal injury accident, bruises can have many causes due to negligence.

Let’s look at the types of bruises, why you should see a medical professional, warning signs associated with a bruise, seat belt syndrome and how an injury lawyer can help.

Bruises also referred to as contusions, happen when an impact or injury causes the small blood vessels underneath the skin to burst or bleed. This often occurs during a car accident as the body bounces around in the interior of the vehicle. Since it isn’t an open wound, the blood cannot go anywhere, so it pools and creates a bruise near the surface of the skin.

More massive bruises are caused by harder blows, which may be painful or swollen. Bruises can persist from days to months. Some limit the ability of a person to use the bruised muscle or bone. How they happen and the part of the body where they appear differentiate the severity of a bruise. In a personal injury accident, bruises can have many causes due to negligence.

Bruising can be caused by a medical condition or injuries, including sprains or muscle strains. They occur in three types, any of which could happen in a car accident:

Following an accident, bruises may change colors as they break down and the injury heals. This is due to the hemoglobin, which contains iron. The color changes are often as follows:

Following an accident, the injured individual should get checked out by their physician, or if injuries are apparent, go to the emergency room. Not all damages present right after an accident because of the adrenaline rush and may not show for several days or longer. This includes incidences where bruising is a result of an accident.

Because bruising may indicate a more serious injury that does not present right away, having it documented from the start is important. For example, a bruise to a bone can indicate a fracture or interfere with blood circulation, causing that part of the bone to die. Bruises to the knee can indicate a ruptured ligament.

Certain warning signs can come with a bruise that indicate a person should seek medical attention. These include:

A condition called “seat belt syndrome” can be caused by a motor vehicle accident. Seat belts restrain the individual but do not stop the stress of impact in an accident or bruising. Instead, they work by changing how the force of impact is distributed.

Unfortunately, this can be across vulnerable areas such as the pelvis, and the shoulder restraints rest across the abdomen and chest, so bruising can occur in any of these areas. Injuries that can be indicated by bruising include:

Bruising in an accident can indicate more severe injuries. When those injuries were the result of negligence, compensation can be sought. The injury lawyer can investigate the crash, determine if the seat restraints were working correctly and the degree of harm associated with a bruise.

He or she will speak with the injured party’s doctor to determine the extent of injury as well as the prognosis. Once data has been amassed, the attorney will file a claim with the insurer/defendant. If negotiation is not fruitful, the lawyer can take the case to civil court.

If you are dealing with a seat belt injury including seat belt bruises as a result of a car accident, we can help. The Law Offices of David Azizi can provide you a free review of your important seat belt bruise claim to help you achieve justice and fair compensation. For a trusted car accident lawyer, contact us online or call (800) 991-5292.