Why Is a Well-Written Demand Letter Important? 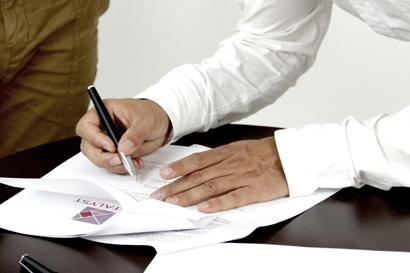 When you are in an accident, it is customary to send the negligent party or his or her insurer a demand letter stating what monetary compensation is owed. This letter also lists other costs associated with the accident such as property damage and wage loss. In short, the letter is a way of formally letting the negligent party know what they owe you and alerting them to the fact that you are demanding payment. Let’s take a look at how to write a demand letter along with a sample template you can use.

Data shows that in 33 percent of all cases, a demand letter leads to an acceptable settlement. This means that filing a claim is unnecessary. The letter indicates that you are serious about your request and suggests that you will follow through with a lawsuit if necessary. By doing this, you are making it clear that it benefits the other party to settle the case before they are forced into a protracted civil lawsuit.

What Information Does a Demand Letter Contain?

The demand letter explains clearly why the plaintiff (the injured party) is asking for compensation. It is essential to present the facts in a logical format, listing the events chronologically in a concise and readable manner. Remember, you know what happened, but the reader does not.

Above all, be polite. Using aggressive language merely undermines your effort to recover losses. By appearing angry and antagonistic, you dash any hope of fruitful negotiation. An added reason to keep the demand letter above the fray is that if the matter cannot be settled amicably, the court will likely read the letter when deciding in your case.

Length of a Demand Letter

Droning on in a demand letter may hurt you rather than helping. For instance, a lengthy, rambling letter may scramble the facts, and leave the reader uncertain about how the accident happened and what you hope to gain. There is no absolute length for a demand letter, but it is best to keep it as short as possible while still incorporating the pertinent details.

Take a moment and read the letter after your first draft. If it confuses you, it will confuse those who are not familiar with the circumstances. Start with your original draft and pare it down.

Whether you are writing a demand letter or preparing to file a lawsuit, organization is essential. The elements of the accident and evidence pointing to negligence by the at-fault party are important factors in any case. Laying them out carefully in a demand letter makes the defendant understand that you should not be ignored. It also tells the defendant that you are in charge and able to present the facts to the court in a winning manner.

Tips When Writing a Demand Letter

There are things you can do to make your demand letter more effective. They are:

Your demand letter should have the following:

Name of the Insurance Company/Adjuster
Address