Since its inception, texting has been seen as a major cause of auto accidents. Due to this, most states now ban the use of cell phones for texting, talking, emailing or otherwise sending a message while driving. Yet, drivers continue to do this despite clear warning of its dangers. For instance, approximately 97 percent of teens questioned admitted that they know texting and driving is a dangerous activity, yet almost 40 percent said that they have been in a vehicle where the driver is texting. 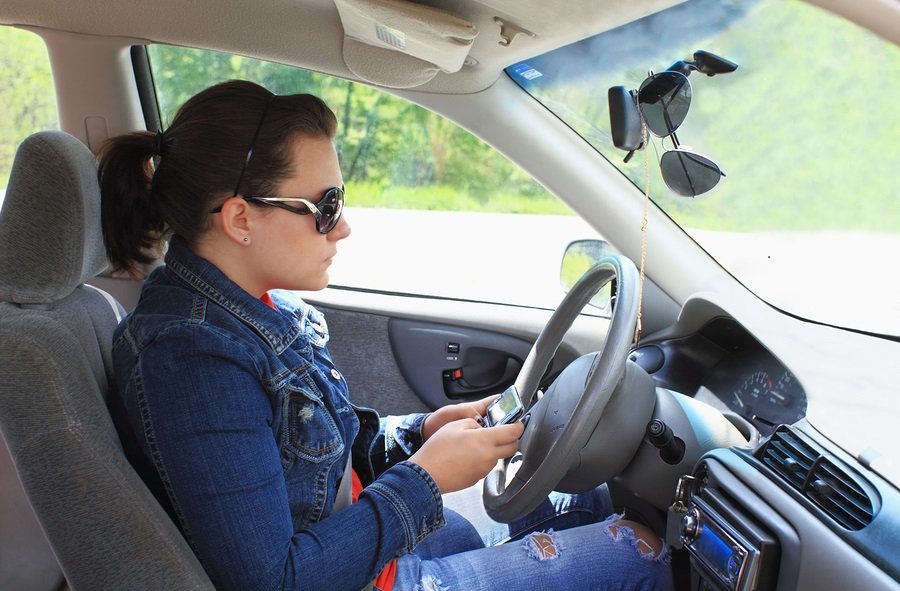 While some states have different rules, California has strict regulations against hand-held cell phones and texting with associated fines. Let’s take an in-depth look at texting, why it is so dangerous and what happens when you are injured by a driver who is texting.

Incidence of Texting and Driving Accidents

The number of accidents due to texting is staggering. Millions of accidents, ranging from fender benders to significant crashes, happen every year because someone was paying attention to a text message instead of the road. In 2016 alone, 330,000 people were injured in texting-related crashes, and 421,000 are distracted and injured due to other activities such as eating or using a GPS, according to the National Highway Traffic Safety Administration.

In short, this means that approximately 78 percent of all distracted drivers are injured due to texting, which positions it as the number one cause of injury due to distraction. The chances of being in an accident while texting is greater than if you drive while drunk. Overall, roughly 3,400 people are killed each year due to distracted driving.

What Makes Texting so Dangerous?

Texting is dangerous due to the necessary elements that go into reading and writing a text. There are three categories of distraction. For instance:

How an Accident Happens When You’re Texting

Let’s say that a vehicle is slowed to a near stop about 120 yards ahead of your car as you are heading down the highway at 55 mph. Reading a text message takes about five seconds. Likewise, it takes five seconds to travel 120 yards. That means that if you decide to read a text message, you will more than likely crash into the vehicle ahead because you never saw it. Generally, it only takes three seconds for an accident to occur.

Even if another driver was about to crash into your vehicle, you are 23 times more likely to be unable to swerve or get out of the way if you are texting. Add to this the time you would need to take hold of the wheel and actually think about how to avoid the accident.

Texting while driving comes with an assortment of consequences other than an accident. Remember, this includes looking at emails or any additional information on your cell phone. If you are caught texting or if you cause an accident because of it, the consequences can include:

Leave Your Phone Off

It is difficult not to answer a call or respond to a text. The younger you are, the more difficult it is. However, if you weigh quelling the urge against the consequences of texting and driving, it makes sense to wait until you arrive at your destination to check messages. Parents may find it hard to convince their teen drivers before an accident happens. There are apps you can use that will block messages from coming in if the teen driver is on the road.

Apps such as Lifesaver let a parent block messages and calls, notify parents and clock the number of miles driven without an accident. It is available on Google Play. It stays in the background and wakes when it detects driving. Offering incentives for safe driving is another way to keep younger drivers safe.

Another way to impress young drivers with the need to stay off the phone while driving is for parents to do it themselves. No act is stronger than leading by example.

Proving a Driver Was Texting

It is not enough to merely say that a driver was texting before the accident; you have to prove it. On occasion, a driver will admit to this behavior, but not often. A personal injury lawyer can subpoena the person’s cell phone records. This enables coordinating the calls or texts to the time of the accident. By doing this, the at-fault driver will be identified as the negligent party in an accident.

Operators of School and Commercial Buses

Bus drivers are obligated not to use a cell phone at all for personal reasons. If this happens, the driver will have a traffic infraction on their record that carries a fine of $250. While considered a violation, it does weigh heavily on a commercial driver’s record.