You remember the panic you felt when you heard that kids had been hurt on a bus from your child’s school. Immediately, you thought of your son or daughter, who had gotten on the bus earlier that day. You also remember the sickening feeling when the school called, saying you should rush to the hospital right away.

Most people can only imagine what you and your family have been through as you’ve dealt with your child’s injuries. Yet school bus accident lawyer David Azizi can genuinely sympathize. He has three young children of his own, and he definitely gets that no parent should have to go through something so awful. 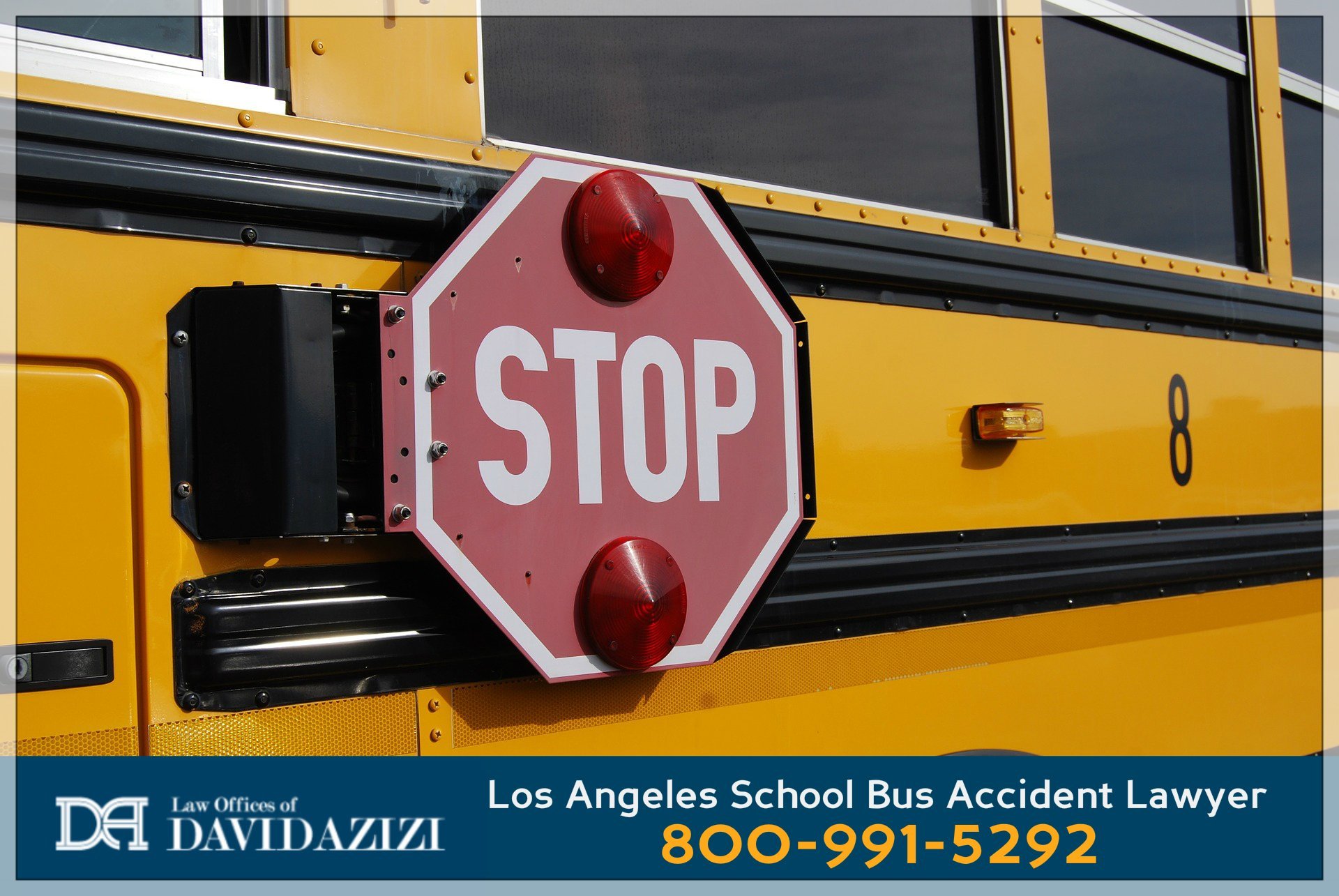 We are confident in saying that David is as excellent a school bus accident attorney as there is in the Los Angeles area. He has practiced personal injury law since the late 1990s, and he maintains a stellar 98-percent success rate for his cases. He also has a “Superb” rating from legal information company Avvo for both Personal Injury and Car Accident cases, and Expertise.com recently named him one of the Top 20 Personal Injury Lawyers in Los Angeles. What’s more, the Super Lawyers organization just selected him for the sixth time as one of its outstanding attorneys in Southern California.

Even if it has been a few weeks or months since your child was hurt in a school bus accident, we urge you to call us today at 800-991-5292. We’ll connect you with David for a free initial consultation 24/7 – any time of day, any day of the week. After discussing with you the particular details of your child’s accident, he’ll be able to quickly tell you if you’re likely to have a legal case or not. If you retain his services, you’ll have his pledge – either he wins your case, or you don’t owe him a dime.

David also works hard to be accessible to his clients. He knows questions come up and that litigation can be confusing and even intimidating. That’s why he gives his cell phone number to each client so he or she can reach him during the legal process.

As you are helping your child to recover physically and emotionally from trauma, David offers his abundant experience and highly effective legal skills to assist you. While a financial settlement from those that caused the accident does not lessen your family’s suffering, it can help to offset the high costs of your child’s medical treatment. It can even help to compensate for your lost wages from all the time away from work that has been needed to care for your child.

Monetary compensation from the negligent persons or entities can also be used to recover mental health expenses that your child may be incurring due to resulting conditions like PTSD.

Time is of the essence to file a lawsuit against the persons or organizations responsible for your child’s school bus injuries. If the bus was operated by a private school, you get two years to bring legal action. But, if a public school bus was involved, the California statute of limitations gives you a mere six months.

Moving quickly is also essential because after serious bus incidents take place, evidence can rapidly disappear. This often happens because either:

Please call us right away so we can get to work on your case as soon as possible.

Nationwide, school bus crashes and other similar events result in relatively low fatality rates due to the sheer number of kids who use school transportation. According to the American School Bus Council, 480,000 buses carry 25 million children daily in the United States. 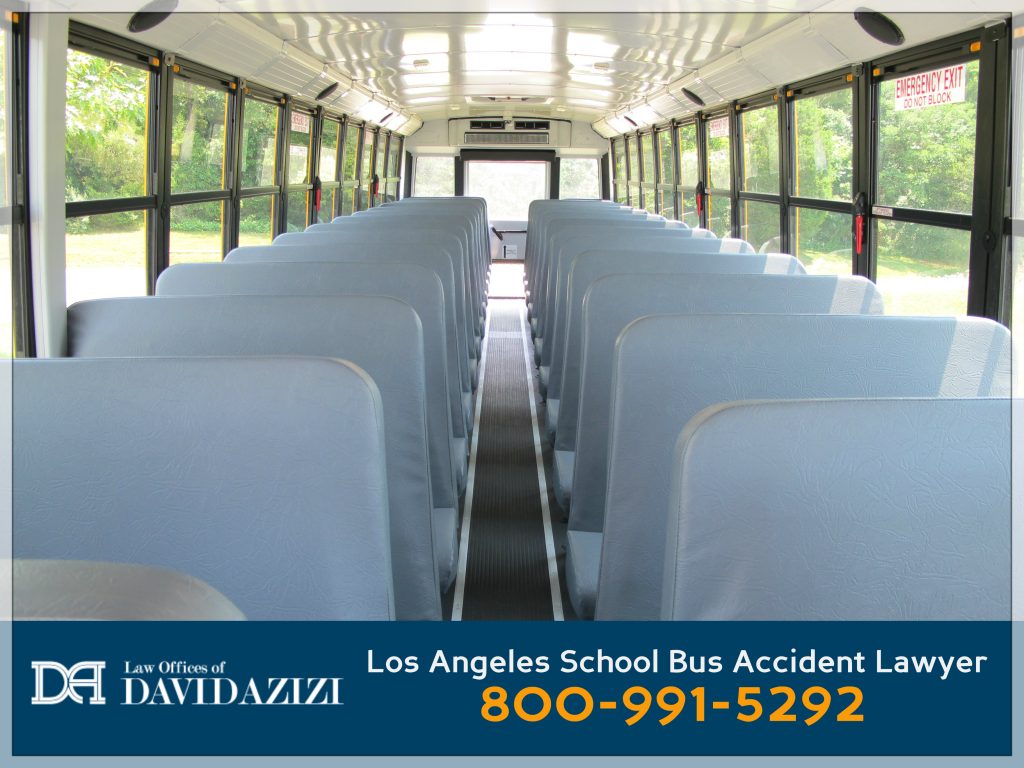 Children, in fact, are statistically safer when riding school buses than when they’re riding in typical passenger vehicles for their commutes. The bus’s large size, closely-spaced seats and tall seat-back design does much to protect riders in most accidents. Side impact collisions and rollover accidents are exceptions to this general rule.

But, of course, school bus accident statistics are meaningless when your child is the one who’s been seriously hurt. The fact that these injuries don’t often happen actually underscores the tragedy of any incident that does happen. School transportation accidents in which children are severely injured or killed are often preventable and frequently due to someone’s negligence.

As a result, governments have been acting to make school buses even safer. The National Highway Transportation Safety Administration (NHTSA) in 2015 recommended that all school buses be equipped with three-point “lap and shoulder” seat belts, which would help protect children from side impact and rollover accidents.

Among American state governments, only six have school bus laws requiring seat belts. The state of California was the first, requiring in 2004 that new school buses be equipped with three-point seat belts. Locally, by one estimate, 80 percent of all Los Angeles Unified School District buses are now fitted with them. Other school districts vary in their percentages.

The Paul Lee Bus Safety Law took effect in September 2016. It was inspired by a 19-year-old special needs student, who had been mistakenly left on a school bus for several hours under the hot California sun. The severely autistic young man died afterward.

The proposed law requires public and private schools to equip their buses with alarms that can only be deactivated when the driver walks to the back of the bus. This would force a driver to check every seat to make sure no passenger still remained aboard at day’s end.

However, the vast majority of fatalities in school bus wrecks are actually suffered by pedestrians and occupants of other vehicles. Our own analysis of federal government statistics reveals that nearly 90 percent of all school bus-related deaths in the U.S. from 1975-2014 happened to people who weren’t on the bus. According to the Southern California-based Alliance of Schools for Cooperative Insurance Programs (ASCIP), two thirds of these died after being struck by the bus itself. 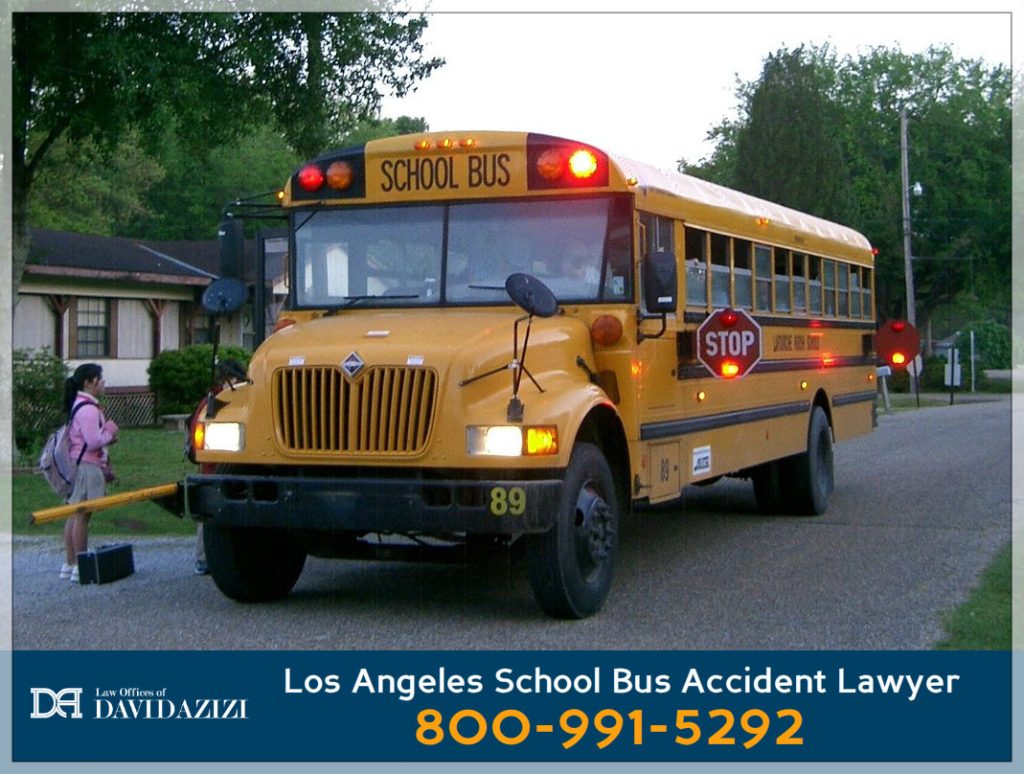 Among the over 150,000 children who suffered non-fatal injuries in school bus incidents, the vast majority were neither school bus passengers nor pedestrians. Rather, they were passengers in other vehicles. All of this tells us that it is often deadly when pedestrians are involved in a school bus crash.

It’s something school districts are becoming increasingly aware of, especially in light of legal liability. Pedestrians who are struck by school buses are most often children either attempting to board or exit the bus. Thus, school districts can be found legally negligent due to errant drivers, inadequately maintained school buses and even badly planned bus routes. School bus stops chosen in unsafe locations are also an area of potential.

We sincerely hope that your child has not been, or ever will be, a pedestrian victim of a school bus crash. But call us today, however, if your family has indeed experienced this tragic event.

Again, we can’t heal your child physically, nor can we provide mental health support to deal with the traumatic event. We can help you to recover financial compensation, based on your costs and expenses related to the incident.

Regardless of the specific circumstances of your Los Angeles-area school bus accident, contact California bus accident lawyer David Azizi 24/7 at 800-991-5292. Remember, he offers a free initial consultation, and he’s looking forward to speaking with you.