Auto Accident Not Your Fault?

Home » Auto Accidents » Not At Fault

Not-at-fault. Generally, being at fault for injuries in a crash means that the person was driving in such a manner that he or she caused an accident. Alternatively, when a driver prudently operates a motor vehicle, as expected, but is involved in an accident, they will be considered to be not at fault. In some states, being at fault has little meaning when considering compensation for accident injuries. These are called no-fault states. Other states, such as California, are fault states and proving whose negligence caused a crash is an integral part of recovering damages. Let’s look at what it means to be not-at-fault in California.

David Azizi – An Auto Accident Attorney Who Has Your Back

When you are injured in an auto accident, your world can be turned upside down quickly. Aside from facing costly vehicle repair, the injured person might be in considerable pain having suffered devastating injuries. It is vitally important at such times to know that you have an attorney that can step in and handle everything that needs to be done. David Azizi is that sort of person. It is little wonder that such ranking giants as Super Lawyers and Expertise.com call him one of the top personal injury lawyers in Los Angeles. If you’re hurt, call David at (800) 991-5292 for help.

Determining Fault in an Auto Accident in California

In a fault state such as California, determining fault begins at the site of an accident. It is necessary to do this so medical costs, lost wages and other expenses can be taken care of.

So, how is fault determined? This process has several different elements:

What If a Hit and Run Driver Was Involved?

When a hit and run driver is involved, it is impossible to obtain information at the scene. Right? Wrong. You’d be amazed at the available information. For instance, look carefully at your damaged vehicle while you are taking pictures of it. You might see a smear of paint that does not belong there. Take a few photos of the paint since many vehicle manufacturers use exclusive paint on specific models. This will help narrow down the type of vehicle that was involved.

Try to remember anything you can about the car and the driver who hit you. Think about the license plate number and write it down even if you remember only a bit of it. Note the direction in which the motor vehicle was headed. All of this can help the police pin down who caused the accident and apprehend them.

Can Fault be Shared

Fault can sometimes be shared when it comes to automotive accidents. That means in a two-car accident, and both drivers share part of the responsibility. Let’s look at an example. Let’s say driver A is making a turn at an intersection and the light has turned to yellow. Having a minute or more to turn, they begin to do so after checking to see if any other vehicles are approaching in the opposite direction.

Apart from one that is at least a short block away, the coast is clear and the driver turns. The other vehicle’s driver, seeing that the light is turning, begins to speed up beyond the speed limit on that street. Because of this, an accident ensues. Who is a fault? Typically, it is the driver making the turn against traffic that is already on the stretch of road.

Whether being not-at-fault affects car insurance depends on if you are in a fault state such as California. When you are and you are determined to be not-at-fault, the negligent driver’s car insurance will pay for medical cost, lost wages and damage to your vehicle. While your insurance rates will probably not rise, the negligent drivers will, usually for three years. However, some insurers believe that even if you are not at fault for an accident, you are more likely to be so the next time. This may not be true, but such an insurance company may increase your rates slightly.

Will I Need to Pay a Deductible If I Am Not at Fault?

Paying a deductable actually depends on how quickly the other driver’s insurance pays. For instance, let’s say that your vehicle was severely damaged in a crash. Your collision coverage would pay for repairs. However, if you use it, you will undoubtedly pay a deductible. You could wait until the other person’s insurance pays, but you need to have the vehicle fixed as soon as possible. While this may seem unfair, there is a way to get your money back. It is called deductible recovery.

Deductible recovery is done by using a process known as subrogation. This process allows the not-at-fault driver’s insurance company to receive payment for the money it spent on repairing your vehicle or any other expenses such as medical care from the at-fault driver’s insurer. Since your insurer uses subrogation to get the money it spent back, your deductible will be returned to you. Maintain proof that you paid the deductible, so when the time comes, you can submit it to your insurance company for repayment.

Deductible Recovery May Not Happen Quickly

As with so many things, recovering the money you spent is not always quick. In some cases, it takes up to six months before it is done. Your injury lawyer will help you do this and if it is not returned, your attorney will deal with the insurer on your behalf. 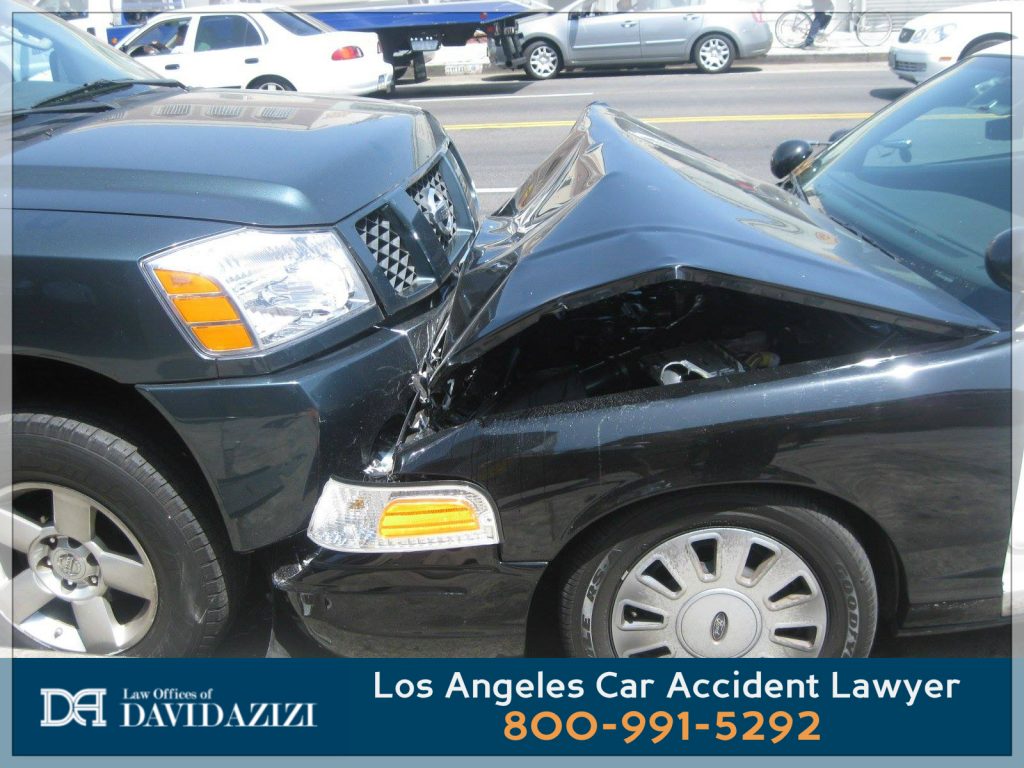 Free Case Review With The Law Firm of David Azizi

The law firm of David Azizi not only has a 98-percent rate of success in its cases, but it will stand by you every step of the way. When you are injured and bills are piling up, it is not the time for you to interact with companies to try and have your expenses covered. As a not-at-fault driver, you can rely on David and others at his firm to work hard to make sure everything goes smoothly.

From the moment David begins investigating your accident until everything is taken care of, you will be amazed at the type of professional service you receive. Just call the firm at (800) 991-5292 as soon as possible after an accident and spend your time recovering from the trauma and injuries you incurred and let us take care of the rest.