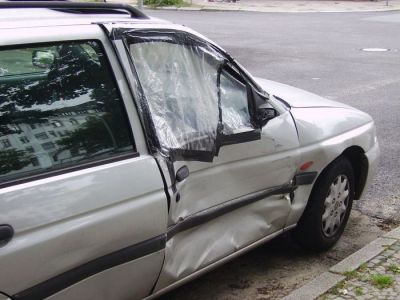 When a negligent party has injured you, you have the right to file a lawsuit to reclaim the financial damages the injury caused. California Code 1714 describes the responsibility individuals have toward one another and the injuries they inflict on others due to lack of care. This is the basis for a personal injury lawsuit in the state. This law applies to everyone who resides in California. Let’s take a look at who can file a lawsuit and against whom a lawsuit is lodged, the time limits for filing and variations depending on the type of lawsuit that is involved.

How to File a Lawsuit

To file a lawsuit in California, you must be a person of “standing.” This means you are directly affected by the accident. In personal injury cases, you would need to have suffered injuries and financial loss. Say, for instance, you were hit walking across the street by a motor vehicle while using the crosswalk and you were injured. You would have the right to sue the person driving the vehicle for the financial damages emanating from the incident.

There are a few other requirements the individual must meet: 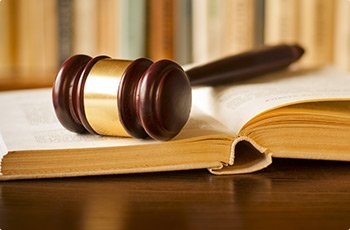 Who Is the Defendant in an Auto Accident Lawsuit?

The defendant in a lawsuit is the person or entity that acted negligently and caused the accident injuries. In a car accident, it is the person who was driving, and in some cases, the owner of the vehicle if the two are different. Contrary to what many believe, it is not the person’s insurance company since the insurer did not cause the accident. However, the insurance company pays for the damages. Since manufacturing defects sometimes cause accidents, your lawsuit may be against the company that made the car and any other company involved in supplying defective parts.

What Is the Role of the Insurance Company?

The insurance company may settle the case before the matter is taken to court. If the insurance company responds as it should, the plaintiff who was injured in the accident may receive a fair settlement. Settling also expedites the timeline since court-based lawsuits can be protracted.

What If the Insurance Company Does Not Offer a Fair Settlement?

Many times, the insurance company refuses to offer a fair settlement despite negotiations with your attorney. At this point, your car accident lawyer will most likely recommend that you file a lawsuit in civil court, bringing your case before a jury. Your lawyer will present the facts to the jury, show them reasons why the driver was negligent and use expert witnesses to describe the extent of your injuries. He or she will ask the jury to award you the compensation you deserve for pain and suffering, lost wages, medical care and other accident-related costs. In more egregious cases, the lawyer will also ask for punitive damages, meant to punish the negligent driver.

Time Limits to File a Lawsuit in California

There are limits to the amount of time you have to file a lawsuit before the court will no longer hear it. In California, the majority of personal injury lawsuits must be filed two years from the time the accident happened or from the time you became aware of the injury. Some lawsuits, however, have different limits. These involve claims made against a government agency. This includes problems such as poor road maintenance, lack of pruning back foliage that hides traffic signs and accidents with government vehicles.

When an accident is due to the negligence of a government agency, the injured party or plaintiff must file an administrative claim against the government agency within six months. The government has 45 days to respond. If the agency/entity denies the claim within that period, you have six months from the time you received the denial to file a lawsuit. If no claim rejection is received, you have two years to file a lawsuit from the time the accident occurred.

Before filing a lawsuit in a personal injury, it is necessary to establish liability. If another driver was wholly responsible for the accident due to negligent behavior, it is possible to use supporting evidence to show the court why he or she is responsible and how much the injury has cost the plaintiff. However, California is a comparative fault state.

Common Problems When Filing a Lawsuit

Although your car accident attorney will know how to resolve these issues, here are a few problems that you might have if you decide to file the lawsuit yourself and what needs to be done: