Herniated or ruptured disks are common after an auto accident. This injury represents a leak of the cushioning material that lies between bones called vertebrae that make up the spinal column. These intervertebral disks are essential for the spine to flex and bend. Without them in place, pain with even slight movement, results. Since many people who are injured in a car accident suffer back pain, it is important to have a working knowledge of what it means to have a herniated disk and what can be done to ease the pain. 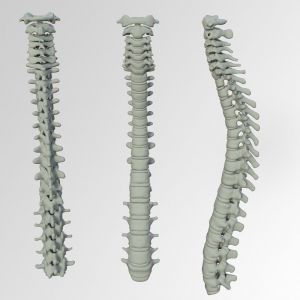 Let’s look at the impact this will have on your car accident case, how liability is proven and the compensation you can obtain.

What Is a Herniated Disk?

The spine is made up of a series of bony units called vertebra that are stacked up one on top of another. In total, there are 24 vertebral bones. In between the vertebrae lie disks composed of a gelatinous substance with a hard outer ring that cushions the vertebrae. These cushions absorb forces or shocks due to bending, walking or lifting heavy objects.

Trauma to the spine can cause the inner part of the disk to protrude out through the outer ring that normally keeps the gelatinous substance in place. This is called a slipped, herniated or ruptured disk, and it can occur anywhere along the spinal column, however, it most often happens in the lower spine followed in frequency by the neck. When this happens, pain can result. In addition, if the protrusion puts pressure on a spinal nerve, the pain will be felt along the path of the nerve as it supplies other areas of the body.

Symptoms of a Herniated Disk

The symptoms that develop after a disk herniates vary. For some, there is little pain, if any. For others, there is regional pain aggravated by movement and for still others the pain will radiate down the buttocks and in the posterior area of one leg called sciatica if the affected disk is in the lower back. Overall, the symptoms of a herniated disk are:

Diagnosis of a herniated disk begins with an examination of the patient’s back and a thorough history. Doctors will want to know factors such as the duration of the pain, when and how it began and what makes it worse. X-rays, MRIs, CT scans and discograms may be done to establish the diagnosis.

Complications Related to a Herniated Disk

A herniated disk that is left untreated can lead to permanent nerve damage. Sometimes, on rare occasions, a slipped disk can put pressure on a group of nerve fibers called the cauda equina at the end of the spinal column. It’s name is in reference to its resemblance to a horse’s tail. The spinal cord ends at L1 in the lower back, and below this point a group of nerve fibers and rootlets continues on to the coccyx. This is the cauda equina. If nerve impulses to the cauda equina are cut off by a slipped disk, bladder and bowel function may be lost.

Saddle anesthesia can occur from a slipped disk. This occurs when the herniation puts pressure on the nerves and causes a sensation in the inner thighs to be lost. It can also interfere with sensation on the posterior thigh.

Treatment for a Slipped Disk

Treatment for a herniated disk usually begins with conservative methods such as rest and mild pain relievers. Many patients receive relief through physical therapy to strengthen the back while relieving pain. Most doctors recommend continuing reduced physical activity and physical therapy. If, after six weeks, the pain persists, a physician might recommend seeing an orthopedic or bone doctor and a neurologist to evaluate the pain.

Filing a Claim for a Herniated Disk Injury

In order to file a successful claim if you suffered a herniated disk, you must be able to:

What Is a Herniated Disk Case Worth?

This, as always, depends on the particulars of the case. Assuming that the negligent driver had adequate insurance, that there is no doubt as to the person’s negligence and that the herniated disk is not preexisting nor did the injured party have a degenerative spinal disease, proof is established. In such cases, the outcome is positive for the victim, and settlements can be large. Car accident injury damages include:

Obtaining a Settlement If Back Injury Was Preexisting

Problems surface when the victim had a preexisting herniated disk or a condition such as spinal stenosis or osteoarthritis. Some of these are common in the general population and begin long before old age and often before the person turns 40. The insurance company or defendant’s attorney will argue that the person’s condition was not the result of the accident but existed prior to the time the accident happened. In this case, the plaintiff must show that prior to the accident, he or she did not experience the level of pain that exists after the accident.

Since many people with herniated disks due to gradual onset conditions such as osteoarthritis or even because of a previous accident either do not have pain or have limited discomfort, it is possible to show that the level of pain increased after the crash. For example, the person may not be able to enjoy the activities that were normal for them prior to the crash. The person may now require continuing treatment or require surgery. The exacerbation of a previous problem requires expert testimony. Medical records are used to document the change.