You have the right to be financially compensated for the damages caused by an at-fault driver. Often a settlement is reached between the other driver’s insurer, and less frequently, a lawsuit is necessary. Whether you collect damages from negotiations with the insurance company or take the matter to court, victory usually rests on ample documentation and persistence. To do this, it is important to gather as much information as you can as soon as possible after the accident. Let’s look at what needs to be done to make sure the outcome provides you with the compensation you deserve. 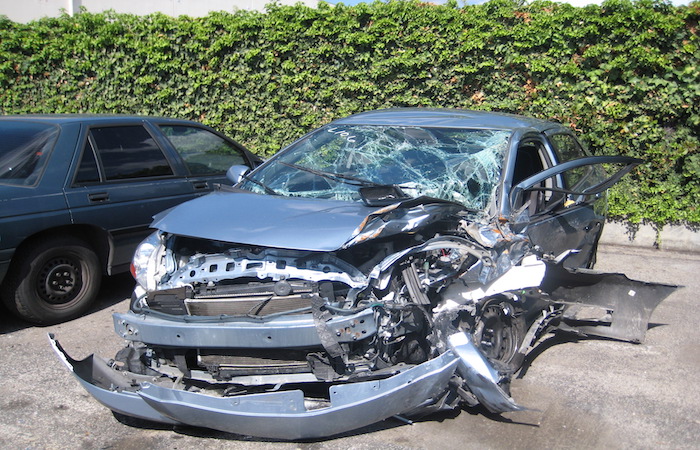 Documentation can mean the difference between settling a claim successfully and winning a lawsuit or failing to obtain needed compensation. Documentation starts immediately after the accident happens. Insurance companies are not in the habit of paying as much as possible on a claim. They will fight the claim by saying that you have not provided as much documentation as they need. This may be aggravating, but one way to prevent this from happening is to gather as much information as possible and document it carefully. Let’s look at some of the more important things to keep track of below.

As soon as possible after the accident, call your insurer. Be polite and keep things brief yet informative when you call. Report that you had an accident and where and when it happened. Tell the insurance representative whether the police came to the accident scene and if anyone was seriously injured or killed. Don’t guess at what injuries the person had even if you are asked. You might be questioned about how the accident occurred.

Get your thoughts in order ahead of time, and give the clearest explanation you can. If you are not sure of something, just say so. One issue that may arise is the insurance company’s request to tape the conversation. You do not have to agree to this. If the representative insists, say that your attorney will be calling them if you intend to consult with a lawyer.

The police are no longer able to come to every accident site, but it is a good idea to report your accident. Let the police know if anyone was injured or if someone died. Try to provide the exact location of the crash. If you are unsure of the address, use cross-streets or mile markers or any other landmark that will help. Wait until the police arrive. Leaving the scene of the accident can be charged as a hit and run with a high penalty attached. When the police arrive, request a copy of their report, and obtain the officer’s name and badge number. The police report provides valuable information that can be used later on such as a citation for reckless driving by the other party.

Most of us carry cell phones, and the vast majority of them have a camera function built in. Use it at the accident site to document the following:

It is important to identify both witnesses to the accident and other drivers. Obtain contact information, drivers license number and insurance data from the drivers along with the policy number. If the driver is not the owner of the vehicle, get the owner’s name, address and other pertinent information. Ask witnesses for their names and telephone numbers in case you need to get in touch with them after the accident.

You might ask them for a brief summation of what they saw. In many cases, your attorney will use this information as the case proceeds. Witnesses add perspective on the accident that might help win your case.

It goes without saying that if you are injured, it is important to see a doctor immediately via emergency transport in some cases. Otherwise, head straight for your doctor’s office or an urgent care facility once you leave the accident scene. When you are hurt in an accident, the physician’s notes, other medical records and information about your injuries such as X-rays or CT scans are the chief source of injury documentation. After you have been maximally treated, obtain your medical records. The insurer may try to refute your injury claim, but a medical history that substantiates it is the strongest evidence you can provide.

Do What the Doctor Tells You to Do

Follow the doctor’s instructions after the accident. If the doctor calls for bed rest, do it. By saying your movements should be restricted, a physician is commenting on the severity of your injury. By choosing to not follow such instructions, you are saying that the damage does not inhibit your life in any way. This will give the insurer an opening into rejecting your claim for medical care associated with the accident, at least in part.

You can receive compensation for the wages or other monies you would have earned if you are unable to work due to the accident. This includes salary, bonuses, commissions or payment for work done as an independent contractor. You must prove what you lost by submitting employment payroll records or your previous tax return if you are a contract worker. Business owners can submit client bills or other proof that the client employed you.

Once you’ve sought medical care and obtained information from the scene, obtain estimates of how much it will cost to repair your vehicle. In some cases, the cost of repair supersedes the cost to replace the vehicle. A reputable car repair shop will provide this. Granted, the insurer will ask for an independent damage report, but having several estimates yourself will give you the advantage of knowing if their report is on target.

Factors the Insurer May Use to Deny your Claim

There are a number of elements that insurance companies use to refute a claim. These are:

There are times that you may be unable to fight the insurance company on your own, or you may hit a wall during negotiations. You may also not be able to gather pertinent information due to the injury you suffered. If this is the case, a car accident lawyer can do it for you. He or she will investigate the accident using forensic experts if necessary.

In addition, sometimes adjusters delay settling the case or unfairly deny your claim. In such situations, the presence of an attorney will show them that you are determined to receive the compensation you deserve, and you will take the case to court if it is necessary.

Free Case Review – Find Out How Much You Could be Compensated

Los Angeles auto accident attorney David Azizi applies his sense of fairness to every case, not allowing insurers to demean his clients by shortchanging them. He is there for you, and that shows in everything he does from fighting for your rights to giving you his cell phone number if you need it. Don’t delay since evidence may disappear. Call David at (800) 991-5292 to set up a free case review.