A commercial vehicle accident with smaller cars or trucks can cause severe injuries or even fatalities. Commercial vehicles included in accident statistics are commonly tractor-trailers but can include buses, dump trucks, cement trucks, delivery vehicles and more. Because these vehicles are often owned and operated by companies, they are under a different set of rules and regulations than ordinary motorists. This is why having an experienced lawyer by your side when you’ve been injured in a crash is important to prove fault and obtain the compensation you need and deserve. 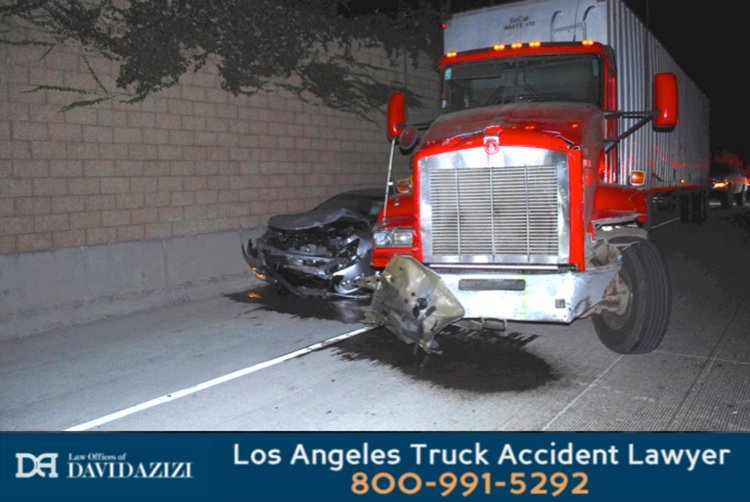 If you’ve been involved in an auto accident involving a commercial vehicle, call attorney David Azizi today at (800) 991-5292 to get started on your free case review.

David Azizi has been practicing personal injury law in Los Angeles and the surrounding area for 24 years. David knows that each case is important, and he is compassionate and transparent with his clients. This, along with his diligence and legal acumen, is why Super Lawyers, the legal ranking company, rates him among the top personal injury lawyers in Los Angeles. If a negligent party caused your accident injuries, contact David for advice and help by calling (800) 991-5292. You can also contact him by sending a message on the online contact form. You will discover why so many Los Angeles residents have turned to David when they need help.

According to the California Department of Motor Vehicles, there are more than 25 million motor vehicles registered in the state alone. The number of commercial vehicles in California in 2018 that weighed more than 10,001 pounds was 511,792. However, that does not include interstate tractor-trailers that are registered elsewhere. That same year, there were also 5,286,647 commercial vehicles weighing under 10,001 pounds and more than 2 million trailers.

How does this translate into accidents with smaller vehicles? In 2017, 4,657 commercial trucks were involved in accidents that resulted in fatalities. Of those, 68 percent involved passenger vehicles. Another percentage involved motorcyclists, bicyclists and pedestrians.

Statistics on the Causes of a Commercial Vehicle Accident

According to a study performed by the Federal Motor Carrier Safety Administration, the following problems contributed to accidents involving large trucks:

Watch the following vehicle by attorney David Azizi about recovering $4.9 million for a victim hit by a big rig:

Because large commercial vehicles are recognized as presenting a risk while on the roadways, they are required to carry higher insurance in the event of an accident. Freight-hauling trucks have to carry a minimum of $750,000 in insurance coverage, and that coverage can go up to $5 million. The difference is in what the truck is hauling. Obviously, dangerous substances such as gasoline or toxic chemicals will be insured for much more. Commercial vehicles that weigh less and are not hauling hazardous materials may carry much less insurance, but it will still be at least $300,000. Because truck drivers are expected to have a higher duty of care toward others on the roadways, compensation is often higher in accidents that result in injuries or fatalities.

Reach out to David for help and advice when you’ve been injured in an accident in the Los Angeles area at (800) 991-5292. He can review your case, tell you what options are available to you and even give you a rough estimate of how much you might be awarded. With a track record of winning 98 percent of his cases, you can’t go wrong. David has many years of experience of negotiating with insurance companies and is comfortable in the courtroom if it comes to that. As always, you owe nothing until your case has been won, and David will work aggressively to get you the compensation you need and deserve.